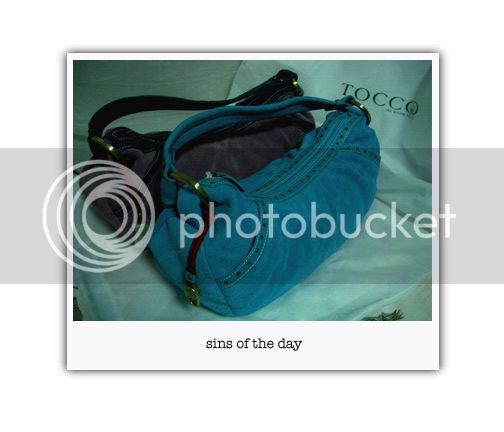 just when i'm almost done with something, before saving it.

ok. so this is how far i've lagged. i believe this was 2 or 3 fridays ago?

i just sat on my arse and organised all the pictures i've accumulated from then, now i'm gonna flood my own blog. :) but apologies in advance for the lack of details and misrememberment of dates etc. i really gotta stop lagging so much.

great service and atmosphere at this place. will definitely head back again some day.

thereafter, beers were had @ dxo with mel and ocean and clarry and a whole lotta peeps. much to leon's dismay, it was some heineken night thingy and they wouldn't serve champagne. this poor boy had been hangin' for champers for a bloody long time... and there were none! absolutely disgusting!

so the party moved on to wine bar - where upon enquiry, the price of champers was deemed too exhorbitant to be justified. so leon's thirst could not be quenched. rather unfortunate it was.

the night rounded up with a supper of vegetables (and only vegetables) at newton food centre. ocean is a vegetarian, so we decided to all tuck into greens for the night. heh. healthy aye? i shoulda taken a pic of the immense amount of vegetables we had on the table, but i was too beat.

opposite lavender food centre with desmond and his mates. which day was this? don't know!

the soup was excellent. one of the better pig organs soups i've had. the liver could have been more tender, but then i've been spoilt by super-tender pig liver @ top notch bak kut teh places.

our intern jerr has since left us, to head back to uni. this was the humongous lunch we had in honour of his departure... @ ichiban again. :P 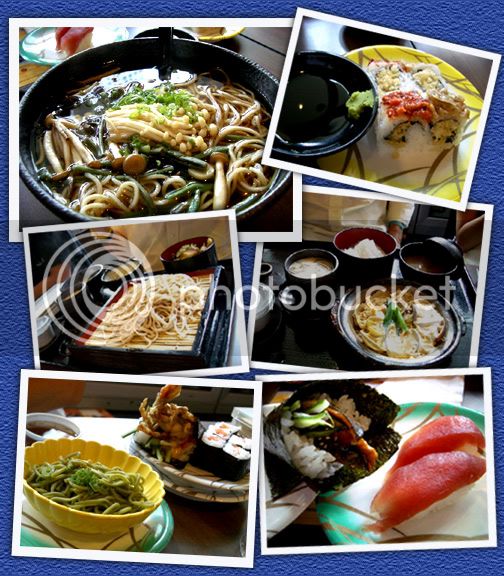 jerr wanted a photo with each of us, doing something strange with our food. :P

my duck noodles were really lipsmackingly good. no complaints from anyone on their munchables - ichiban doesn't fail to satisfy every time! :)

all the best, jerr! come back to us soon!

the serving was huge. it wasn't cheap, $8 or $10 - but they are really quite generous. there were so many oysters that i couldn't finish all of it. considering that i'm quite an oyster freak who used to eat 25 fresh oysters a night, that is really something.

and the oysters weren't pathetic, little ones either. they were big, fat and juicy! *slurp* 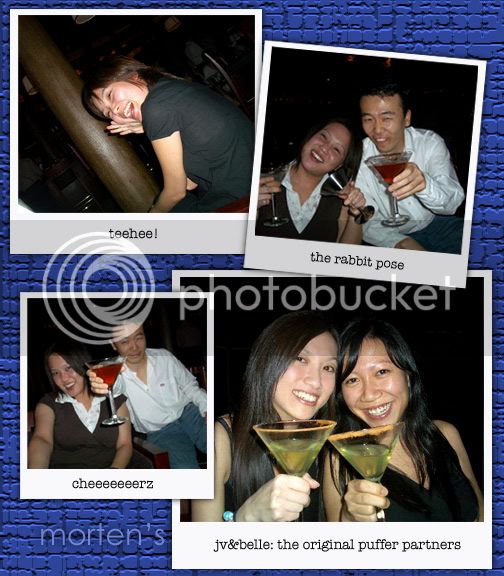 t'was a pretty wild night. i shall leave out details here not because i cannae remember them, but to preserve the dignity of alcohol-saturated individuals that night. ;)

this kickass babe had her birthday party two saturdays ago. it was a lovely gathering at her friend sue's poolside. vodka jellies were consumed... yum!

here's to many more fantastic birthdays and gorgeous pressies, babe! :)

strange name, this one has.

i suppose it's quite straightforward. it is in balestier, it serves bak kut teh, it operates at midnight.

synn and i were at marina square one day after work last week (or the week before?) and we decided to grab a bite.

deep fried oysters truly rocked. super juicy, piping hot, crunchy on the outside. hit the right spot, it did. i didn't like the soft shell crab because i bit into a piece which tasted like unwashed crab (as though they fished it right out of the sea and didn't clean it). synn thought it was fine though... so it coulda been just me being weird.

fish and chips was a bit of a disappointment. the cod fillets weren't very fresh... and there wasn't much seasoning involved at all. bland, and poor texture. edible, still... but not ideal.

i hadn't had much viet food in singapore. perhaps i'm hanging on to my memories of mekong in melbourne, of my favourite 5 dollar noodles with raw beef slices in steaming hot, msg-laden broth.

but i guess i should really give viet food in singapore a go.

the rolls were quite yummy... not as good as mekong but not too bad. i must remember not to compare because melbourne has such a strong vietnamese community and loads more authenticity. the noodles were... ok. i didn't finish it because i wasn't very hungry. but then, if i was eating at mekong and i wasn't very hungry, i'd finish an entire bowl of noodles anyway. such is the power of good pho on me. :P

can someone bring mekong to singapore? please?

had a very nice lunch to make up for the shitty weather. amalfi @ clark quay.

the seafood salad had a very refreshing lime-based dresssing. really, really fabulous. seafood pieces in the salad were very fresh, though the portion was small. beef carpaccio was very yummy too... must be the first time i've had beef slices with mayo. very nice! gives a very sinfully rich taste to juicy raw beef.

not cheap. but worth going again. :)

we have launched in singapore! :D

all foodies, get your paws on this channel pronto!

in that bustling street known as the Food Street, in chinatown - smith street to be exact... there is a stall known as boon tat street seafood. yes, they are not in boon tat street, but mayhaps they originated from there or something.

it is not often that barbecued seafood dishes can go wrong, so long as good ingredients are used. i believe this is the first stall i've eaten at where i could openly proclaim that "this is really terrible".

vegetables were OLD. not of consumable texture. super tough and slightly bitter. copious amounts of garlic was used to try to mask the shortcomings of this sorry bunch, but failed. miserably.

squid was average. in fact, i could tell that it wasn't very fresh... just slightly on the soggy side. but forgiven because it seemed pretty good with the not-too-bad tasting sambal sauce, when compared to the vegetables and the stingray.